My rock star husband was on national TV last week - Late Night with Jimmy Fallon, ending an 11 week U.S. and Canadian tour. During the tour Alan got to hang out with one of our friends – award winning illustrator Joel Nakamura who is known for his unique style: a blend of folk art and sophisticated iconography rendered in a neo-primitive technique. Joel’s artwork graced several of Alan’s CD covers. 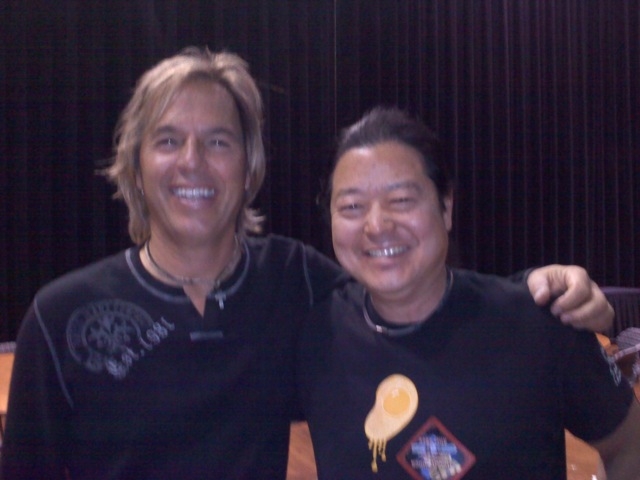 I asked Joel for a personal piece to accompany this post. He said, “Inspiration can come from mundane things - like my son eating gummy bears. I thought I want to try and paint an Octopus made of that stuff.”

Add comment
Load more...
Newer Post Older Post Home
Subscribe to: Post Comments (Atom)
My passion is to help creative people succeed. This blog is a reflection of my personality and experience. It’s an extension of my belief in all artists who follow their dreams to pursue their passion. Please join the dialogue and add your comments. Thank-you! Asante! Merci! Arigato! Dankë! Gracias! Dziękuję! Grazie!