Recently, Directory of Illustration Vice President, Elizabeth Owen was interviewed by artist Carlos Castellanos for his Drawn by Success podcast series. Carlos and Elizabeth had a very frank discussion that addresses many of the questions illustrators have about investing in directories (print and/or online), and marketing their work in general. There is some great information here and I just thought I would share it with you:

A Cup of Coffee or Directory of Illustration?

What is most valuable for your career? 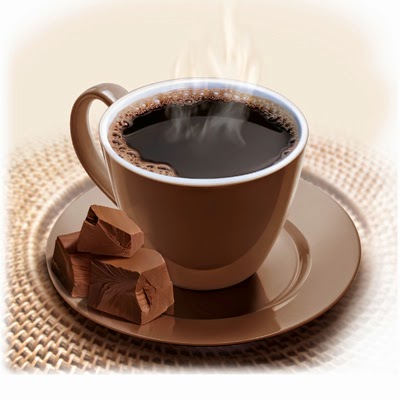 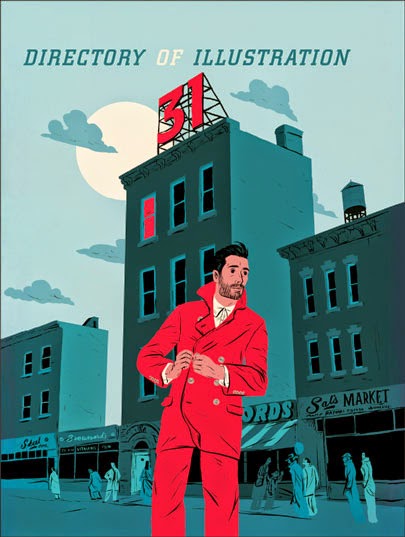 Have a creative day!

Posted by Jo Ann Miller at 7:20 PM No comments:

Continue reading the main story
Continue reading the main storyShare This Page
Continue reading the main story
In this digital age when filling a shopping cart requires little more than clicking on a screen, the printed retail catalog keeps vying for a place on the coffee table.
From Anthropologie to American Girl, Pottery Barn to Patagonia, retailers are still relying on direct mail even as they spend considerable resources on improving their websites to accommodate the steady increase in online shopping.
Some of their catalog forays, however, barely resemble the traditional merchandise book. These days, retailers are employing devices like adventure tales and photo spreads of wildlife to catch a shopper’s eye, hoping to secure purchases online or in a store.
Luring a specific customer base seems to be part of the strategy underlyingJ. C. Penney’s surprise announcement this month that it would revive a home goods catalog in March, three years after the struggling company discontinued all such mailings. Its new version will focus not on recruiting new customers but on reaching existing ones, according to a spokeswoman. Whether the company will resume a regular schedule for sending out seasonal or general merchandise catalogs remains unclear.
“J. C. Penney is making a big statement,” said Bruce Cohen, a retail private equity strategist at Kurt Salmon, a consulting firm. “It’s a pronouncement in favor of what all retailers are recognizing — that there are moments when people want to slow down, and there’s still an important place for the catalog.”
After years of decline, the number of catalogs mailed in the United States increased in 2013, to 11.9 billion, according to the Direct Marketing Association, a trade group. While that figure is about 60 percent of what it was at its peak in 2007, some analysts say the recent 1 percent rise in mailed catalogs, coupled with the care retailers are putting into them, may signal something of a renaissance.
Not all catalogs will rebound in this environment. The parent company of SkyMall, the in-flight shopping magazine, filed for bankruptcy last week. But Paul Swinand, an analyst for Morningstar, called that catalog different from most with its quirky assortment of goods. “It’s not about brand with SkyMall,” he said. “There’s nothing emotional about it.”
However small, the recent resurgence in direct mail may be explained by a better understanding of the catalog’s power to drive sales, Mr. Cohen said. He pointed to Lands’ End as an early example. In 2000, that retailer reduced the number of catalogs it sent consumers. It experienced a $100 million drop in sales as a result, according to research by Kurt Salmon. Lands’ End later added a pop-up survey to its website and found that 75 percent of customers who were making purchases had first reviewed the catalog.
“Sometimes the only way to realize how important the catalog is, is to take it away,” Mr. Cohen said.
About 90 million Americans make purchases from catalogs, according to the Direct Marketing Association; nearly 60 percent of them are women. Consumers who receive catalogs spend an average of $850 annually on catalog purchases, according to the American Catalog Mailers Association.
Continue reading the main story
For many brands, catalogs are the single most effective driver of online and in-store sales, according to analysts and retailers. Recognizing that, American Girl, a subsidiary of Mattel, recently increased the number it sent out, spending more on catalogs last year than in any year over the last decade, according to Kathy Monetti, senior vice president for marketing.
Some stores, like Anthropologie, rely so heavily on catalogs that they make them their principal form of advertising. “We don’t call it a catalog; we call it a journal,” said Susy Korb, chief marketing officer of Anthropologie, whose materials show women wearing dresses in fields, on beaches and “where the rolling heather meets the broad, brisk sky,” as one recent spread detailed.
“Of course we’re trying to sell clothes and accessories,” Ms. Korb said, “but it’s more to inspire and engage.”
Patagonia has produced long-form marketing materials, commissioning essays for them. Last year, in addition to publishing 10 or so traditional catalogs, the company sent two built around themes, including one on falconry. That catalog featured photo spreads of children with condors in Chile and wildlife volunteers releasing rehabilitated red-tailed hawks in California, alongside first-person reflections. “The bird on my fist is an opportunist,” one read. “I like to think it’s there because of the patient discipline I exercise.”
That catalog included only a handful of products — among them a green trucker hat, jeans and brightly colored backpacks — on four of the final pages in the 43-page book.
Dmitri Siegel, executive creative director and vice president of e-commerce for Patagonia, called the catalogs “a way we’re speaking to our closest friends and people who know the brand really well.”
Mr. Siegel added that Patagonia had begun printing on 100 percent recycled paper. “We had to make some trade-offs in terms of circulation and other expenses, but it brought the mode of communication in line with our values,” he said.
Across segments, retailers are seeking to make their catalogs more of an experience, and celebrating print as something retro. Ikea recently produceda humorous advertisement for its catalog. “It’s not a digital book, or an e-book,” the ad says. “It’s a ‘bookbook.’ The 2015 Ikea catalog comes fully charged, and the battery life is eternal.”
http://www.nytimes.com/2015/01/26/business/media/catalogs-after-years-of-decline-are-revamped-for-changing-times.html?_r=0
Posted by Jo Ann Miller at 12:54 PM No comments:

Email ThisBlogThis!Share to TwitterShare to FacebookShare to Pinterest
Newer Posts Older Posts Home
Subscribe to: Posts (Atom)
My passion is to help creative people succeed. This blog is a reflection of my personality and experience. It’s an extension of my belief in all artists who follow their dreams to pursue their passion. Please join the dialogue and add your comments. Thank-you! Asante! Merci! Arigato! Dankë! Gracias! Dziękuję! Grazie!